Welcome to the site where we post all of our videos and content. Stay up to date by checking our new releases and feel free to also check out our merchandise regarding random stuff that we like!

Tan ~ A life time gamer since good ol’ dial up internet. From CounterStrike, to WoW, to Osu! He’s played it all. As handsome as he is the intelligence behind his forehead is frequently questioned until you play against him! He is however, the leader, the Alpha, the Omega and the AWESOME. And lets not forget, Extremely humble. I may or may not be writing this…

Dan ~ Short for KuDanSu, he’s changed his gamer name more times that I can count. A long time player of Guild Wars 2 he finally branched out to shooter games like PUBG and APEX. He also happens to be my brother in law so there’s that. If you’re into motorcycles or hunting, this guy seriously knows his stuff! He’ll have me shoot an elk… one day.

Dragon ~ Best friend to Tan for longer than 19 years, also a life time gamer and extremely computer savvy. CounterStrike, Path of Exile, and Apex overachiever, also he may or may not be better than Tan at FPS games. But don’t fret he’s also played games like Everquest 1 which started it all! But he was a halfling druid which no one cares about so it’s cool! IT’S ALL ABOUT THE LIZARD(Iksar) NECROMANCER!

Steve ~ Our hardworking editor who is literally driven through the mud with work. He is also beaten daily with blunt objects when he misses a deadline. But that’s okay because he’s a crucial part of the team and the effort we put into beating him is equivalent to the importance of his role! Maybe one day he’ll get a vacation. But not soon… Not soon.

DrunkleNick ~ Wise as he is drunk. And that’s a lot. You may see him retching in some bushes, or stealing all of the legendary items in whatever fucking game he plays. He is also known to sell houses and could one day be extremely successful. Then I’ll get on his good side.

Josh ~ Throw rocks at this guy if you ever see him.

Welcome everyone to our website where we keep an up to date list of all of our content, easily accessible by you at anytime!  Feel free to leave us comments, we love any and all feedback!

This is Tan and Dan creating a place for anyone and everyone that wants to show us some support!  We will have merchandise in the upcoming future for fans.  We promise this will include hoodies, and they shall be AWESOME!!! 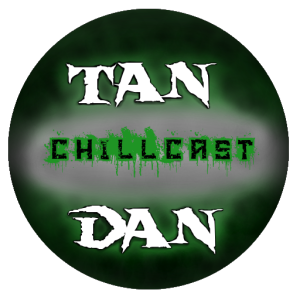